Success is peace of mind which is a direct result of self-satisfaction in knowing that you did your best to become the best that you are capable of becoming.      - John Wooden 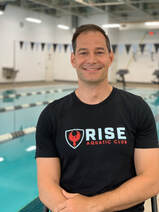 Adam has been coaching swimming for over 25 years and has coached numerous state champions, junior national qualifiers and multiple Olympic trial qualifiers in that period. In 2015, Adam became the first coach in Illinois history to build and own their own aquatic training center, Superior Training, located in Willowbrook.

Adam attended Amos Alonzo Stagg High School where he was a three-sport athlete.  He swam on Stagg's varsity swimming team for four years; three-year state qualifier; All State senior year; school record holder in the 50-yard freestyle. Adam was a two-year NCAA Division I swimmer for the University of Northern Iowa. During his freshmen year the team was the Midwest Classic Champions and became the first sophomore in team history to be voted captain.

At Northern Iowa Adam was trained under strength Coach Jim Kramer, voted as one of the best NCAA strength trainers in the nation who later became the head of the US national weightlifting team at the US Colorado Springs Olympic Training Center. Adam then transferred and swam two years as a NCAA Division I full scholarship swimmer for the University of Wisconsin - Green Bay. Junior year the team became the Horizon League Conference Champions.  Adam held team records in the 50-yard Freestyle, the 200-yard Freestyle Relay and the 200-yard Medley Relay.  In his senior year, he was honored with the Leadership Award by a vote of his teammates.
Our Managers 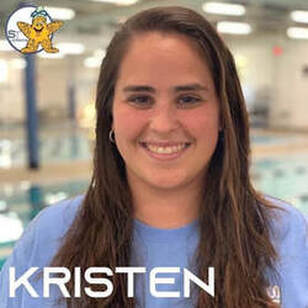 Kristen joined the Superior Training staff in the fall of 2016. She grew up in Columbia, Missouri where she began swimming competitively for the Columbia Swim Club at age eight. Kristen continued swimming through high school where she was a State Qualifier, and into college at Lewis University, where she competed for four years. Kristen was a team captain her senior year. Kristen’s best events included 100/200 fly, 100/200 breast, and 200/400 IM.

While at Lewis University, Kristen earned a degree in Computer Graphic Design and Marketing and has found a way to combine her passions of both sport and design by filling the role of Media Specialist and Program Consultant for Superior Training.

Since Kristen has come to Superior Training, she has taught both group and private lessons, coached for WEST Swim Club, and FMC Aquatic while working with abilities ranging from learn-to-swim to National caliber swimmers. Kristen grew up by the water and is happy to be able to be back around the pool to share her passion for the sport with swimming's next generations! 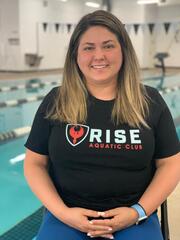 Morgan is the Head Lessons & Operations Manager at Superior Training.  She started her swimming career as a member of Westmont Swim Club at 8 years old.  She swam under Adam Cremieux.  As a coach, she has now come full circle by joining West Swim Club, now FMC Aquatic Swim Team, coaching staff in the winter of 2018.  Morgan has assisted with 8 & under, 9 & 10s, and senior group. She is currently helping the 11-12 group with Coach Adam.  She comes with 15+ years of experience. She is excited to bring that knowledge and experience with to Superior Training & RISE Aquatic Club.

Morgan grew up swimming club through her high school days at ICHS in Elmhurst.  She then continued her swimming career at Monmouth College.  Her favorite events included the 100/200 Fly, 400 IM, and the mile.  Morgan then graduated from UW-Whitewater with a degree in English and Communication, with a minor in Human Services: Social Work.  She continued her education by getting certificates in Phlebotomy/EKG and her Medical Assistant Degree.  Before Morgan became our Head Lessons & Operations Manager, she worked full-time at Edward-Elmhurst Hospital in the Neuroscience Institute as well at the Edward-Elmhurst Clinic in Hinsdale.

It seems as if Morgan is never far from a pool as she has been working at Edgewood Valley Country Club since 2006.  Not only does she help run and manage the pool, but ​she was also the EVCC Sports Camp Coordinator for 10years. In the past, Morgan also volunteered her time and knowledge as a water polo coach and dryland coordinator at Hinsdale South High School. 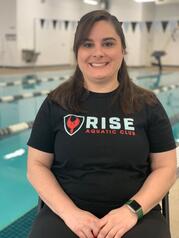 Kirsten Fredrickson - SUPERIOR STARS Coach
Coach Kirsten began coaching at WEST Swim Club in the fall of 2012 and FMC Aquatic until 2021.  She is currently one of our Superior Stars coaches that works with our 8 & Unders.

Kirsten grew up swimming on WEST Swim Club with her younger brother and sister. She also swam for four years at Hinsdale Central and one year at Illinois Wesleyan University.

Kirsten graduated from Illinois Wesleyan with a degree Elementary Education and Spanish. When she’s not coaching, Kirsten works at Northern Trust and enjoys spending her free time with her friends and family. 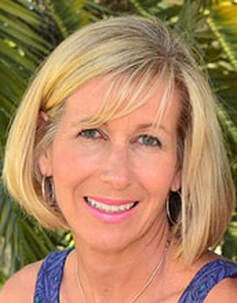 Jennifer created Fluid Running to give people a way to workout and RUN without any impact. Jennifer teaches group classes and instructs one-on-one and semi-private sessions. Jennifer works with all ages and abilities from elite athletes to people looking to lose weight. Jennifer, a graduate of Miami University in Ohio, is a certified water running instructor, USA Track and Field coach, Nutrition Specialist and Life Coach. Jennifer is an athlete herself having run 18 marathons, including the Boston Marathon and is an Ironman finisher.